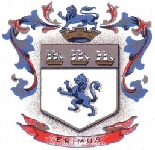 The following titles are all taken from the OS 25" maps and reduced to a scale of approximately 14 inches to the mile. Each includes an introduction.